Once upon a time, there was a beautiful girl named Cinderella. She lived in a large house with her evil stepmother and two awful stepsisters. Some magical things happened. Then some not so good things happened. Cinderella thought she would never reunite with the prince she randomly fell in love with. Just when we thought all hope was lost, the prince finds her… the shoe fits… and they lived happily ever after just like in all of our favorite fairytales.

We all know this story. And as little girls we dressed up in our pretty dresses, put on way too much makeup and pranced around the house pretending to be princesses. We were told over and over that when we grew up, we were to marry the man of our dreams, live in a luxurious home that stays spotless, have 2.5 kids and live happily ever after.

We were conditioned to believe that our lives would look and feel like our favorite childhood fairytales. What a rude awakening we received when we became actual adults and nothing (and I truly mean NOTHING) worked out how we envisioned. So now we walk around in our feelings all day because somehow we didn’t end up as the princesses we all thought we would to be.

What went wrong? Where are the princes? Where is our happily ever after? Well… let me explain this to you in the nicest way possible…

We aren’t Cinderella and this isn’t a fairytale.

All those things we thought had to happen in order to be happy, may very well not happen. Fairytales have definitely set us up for failure by making us believe in things that just aren’t true or even realistic. Here are 3 ideas we need to stop believing right now.

We are always the victims of our circumstances

Every Disney Princess I can think of initially had complaints about their lives. They were either treated unfairly, being bullied or held back in life by someone else. It was always someone else’s fault that things weren’t going their way in their lives: a witch, an overbearing parent or the neighborhood thug. Now, there are some instances where things happen to us that are out of our control. However, we don’t have to always play the part of the victim. Spruce up your resume and find a new job. Cut your spending and have enough money to move into a better neighborhood. Go back to school and finish the degree you started. We have the ability to make positive changes in our lives. We just have to put in the work.

Prince Charming will come and save us

In Cinderella’s story, after the mishap with the glass slipper, she went back to her home and fell right back into being a victim. She had a taste of “the good life”, but went right back to the life she dreaded. Now in her case, she didn’t know the prince was in love with her and was looking all over his kingdom for her. She thought she had no other choice but to stay in the situation she was in. She obviously didn’t, and neither do we.

Many of us believe that our lives will be so much better once we are married to the perfect guy. Well guess what? There is no perfect guy, they all have their faults and no one is coming to save us. Now don’t get me wrong, I do believe that if it is His will, God will send me the man I am to spend the rest of my life with. He is preparing him just for me and he will in fact come for me. That doesn’t mean I’m just sitting around waiting, doing nothing with my life. We should be bettering ourselves so we can live the life we want with or without a man. That way if someone happens to come along, we will be doing just fine and also have something to bring to the table as well. We don’t need saving, ladies.

Our happily ever after will look like everyone else’s

“…And they lived happily ever after. The end.” Have you ever realized it was never explained to us what exactly “happily ever after” meant? It was left to our own imaginations. For me, it meant they got married. They made a family. Everybody was happy and healthy, and they had no major problems, if any at all. They grew old together and lived a prosperous life.

That sounds good, doesn’t it? I’m sure your idea of happily ever after was pretty close to mine. But you know what? It doesn’t have to look like that. Most of our lives won’t look like that, and that’s okay. As women, we often feel as though our lives should look a certain way. We think we should accomplish certain milestones by a certain age. We also compare our lives to those around us and end up discouraged when we don’t have what the next woman has. God has a plan for all of our lives, and that plan may not take us on the same paths. It will take us to the lives we were created to live.

It’s nice to have dreams and goals about how we want to live our lives. Often times, those dreams push us to work harder and smarter to get where we want to be. But we shouldn’t worry about our lives, homes and families looking like those out of a fictional story. Everything won’t look picture or storybook perfect all the time, but we will slay anyway. Carry on, ladies! 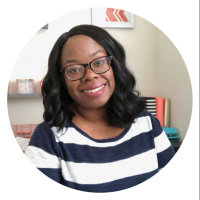 Kelli Brea is a Mom, Writer, Planner Girl, and aspiring Minimalist. She’s passionate about amplifying the voices of those who feel silenced. She strives to use her own voice to inspire change one story at a time.

« “But It’s So Hard To Forgive!”: Redirecting Your Focus to Forgive
My Friend’s Giant: Part 1 »

What if we told you that being unorganized is cost